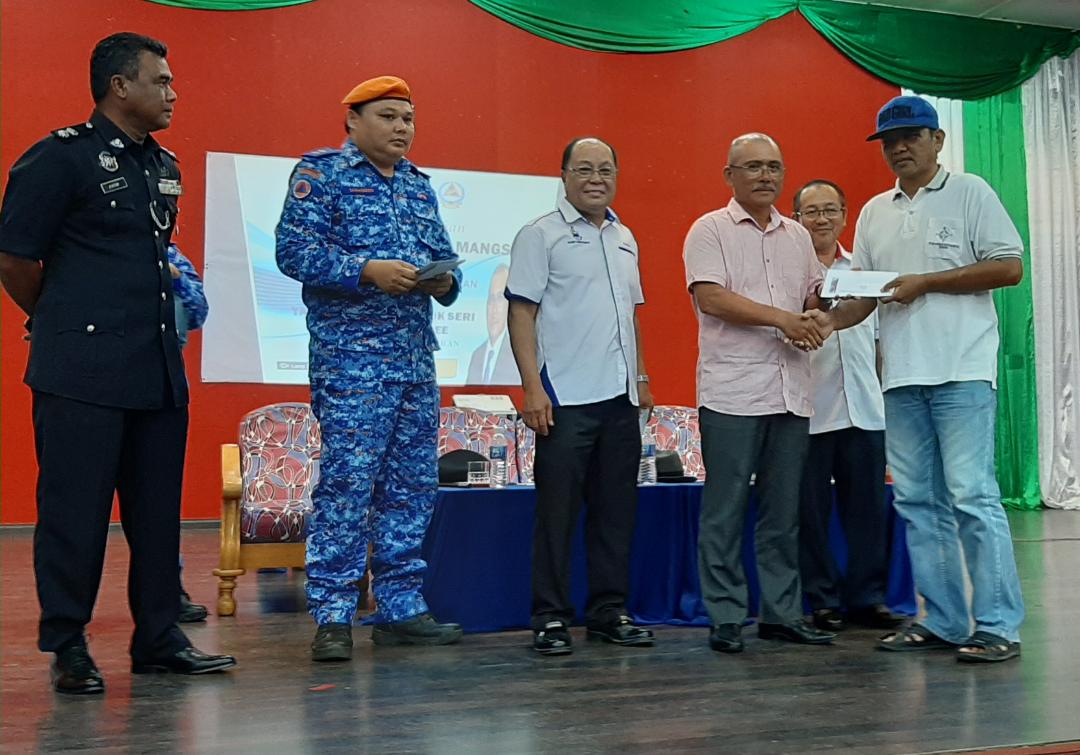 Ronald (third right) presenting financial assistance to one of the fire victims yesterday.

SUGUT: The Federal Government should continue to look after the well-being of the rural folks when tabling the upcoming national Budget.

Beluran Member of Parliament (MP) Datuk Seri Dr Ronald Kiandee said that the rural areas must continue to receive funds from the Federal Government for the purposes of implementing development programmes.

He said that the construction of roads with good connectivity and ample water and power supply would surely improve the rural folks’ socio-economy.

Ronald, who is also the Parti Pribumi Bersatu Malaysia (Bersatu) Sabah secretary, opined that there is a need for the Federal Government to improve the infrastructure facilities such as school and health clinics in the rural areas.

“With the continuous allocation from the national Budget, the rural folks would be able to enjoy all the necessary facilities,” he said when met at the Program Bersama Rakyat event here at Kampung Terusan Sugut on Monday.

It is understood that the national Budget will be tabled next month.

He further stressed that the people in constituency are still in need of continuous support from the Federal Government.

He expressed his hope that more villages in Beluran would soon be equipped with more facilities.

Meanwhile, Ronald hoped the federal Ministry of Housing and Local Government would prioritise its plan to set up a fire station in Telupid.

“Telupid, in Beluran constituency, is in urgent need of a fire station so that we could attend to fire incidents in the district faster, to avoid casualty and loss of properties. I am aware that the Ministry of Housing and Local Government has listed Telupid as one of the seven districts that will have a fire station, but I hope that this matter will be prioritised,” he said.

A total of 89 victims from 23 families were left homeless when their homes were gutted by fire recently.

Ronald said he had made an application through the Deputy Prime Minister’s office for the fire victims to receive assistance in finding a place to live in.

“The assistance could either be an arrangement for them to live in one of the Government’s housing projects, or financial assistance. Most of the victims are from low-income families and they need the Government’s help to get back on their feet after they lost their homes in the fire,” he explained.

Students back in court over Confederate statue case